AREU, Lombardy's Regional Emergency Agency is often at the forefront of innovations that are later implemented in other regions or countries. In 2008, soon after its establishment, it reorganized the medical emergency response ecosystem in Lombardy. This had three main problems:

AREU started by gathering data and tracking performance both on and off the field. The first analysis showed how critical dispatches took up to 25 minutes in the 75th percentile. This meant that information was not collected and distributed quickly enough, and the vehicles were not positioned correctly to reach the emergency point. To understand the origins of this problem they took the following steps.

1. Use data to organize resources inside and outside the PSAP

To understand the flows and differences in response, AREU first decides to map seasonal and daily trends. When were more ambulances needed? Which months and times were the quietest?

After an initial analysis, a clear rhythm emerged: Holidays were the busiest periods and afternoons the busiest part of the day. This information was used to reorganize the correct number of resources, vehicles, and medical personnel at any given time. Resources were distributed according to the need. 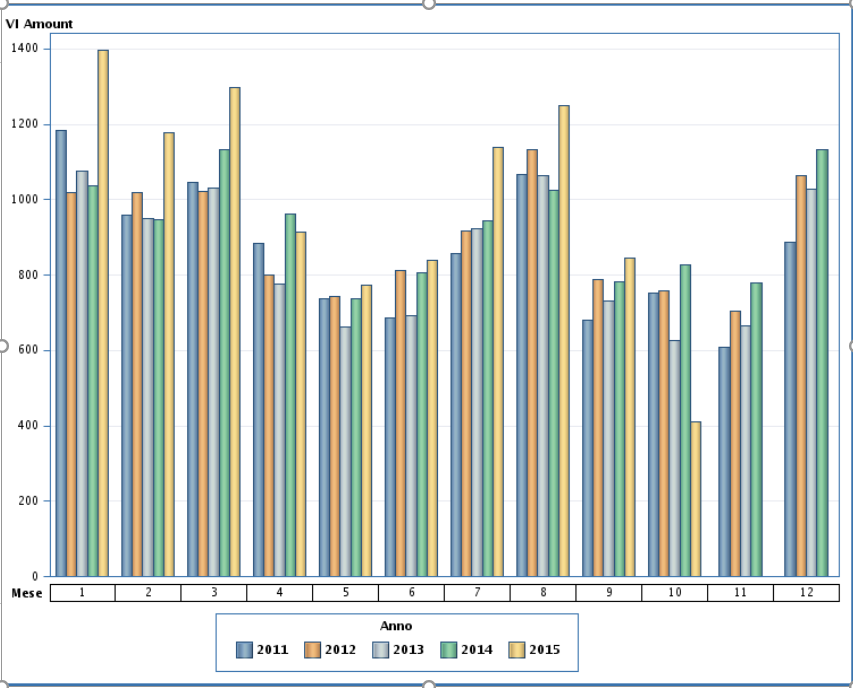 AREU also analyzed the situation in the field, to understand the use of vehicles. It mapped out which areas needed a specific resource by examining the recurring patterns in the frequency of calls. Furthermore, vehicle types and severity codes were examined to determine if the best resource was being used.

2. Use the data to distribute the onfield units

The first analysis showed inadequately allocated and sometimes inefficient or insufficient resources. While some areas had few units in relation to their needs, others had too many resources who were then underemployed. Others showed how the type of vehicle was inadequate to the needs of the population.

Above all, the data showed that the system of fixed parking spots in hospital parking lots and municipal points was not ideal. On each level (regional, provincial, and city), ambulances did not reach every area uniformly, with a clear difference between areas near hospitals and those further away. The same type of vehicle, dispatched for the same emergency code, starting at the same time and in the same traffic conditions, reached two destinations at different times. An irregular allocation meant that those who lived further away from the fixed location received help over a longer period.

3. Three steps to accurately respond to all emergencies

The reorganization was divided into three different steps: a review of the EMS PSAP procedures, greater coordination between non-profit agencies and the Region, and repositioning of vehicles.

The first step was the implementation of new procedures and protocols in the EMS PSAPs. Work was done to develop a single filter and merge the twelve regional PSAPs into a common database. This allowed to correctly classify the calls, collecting the right data. The system was thus harmonized and improved in terms of efficiency.

Secondly, new agreements were signs with not for profit organizations which provided the ambulances and EMTs. These agreements have clear and shared objectives, indicators, and purposes, and the details of the service are precise and complete. This helped improve performance, as each actor involved now knew what to do and how.

Thirdly, there was a significant change in the type and number of vehicles. Each territory was mapped and evaluated according to its individual needs. This analysis led to a redistribution of the type and number of units. After the reassessment, for example, Milan increased the number of its Basic Support Units, (ambulances without medical personnel) since hospitals are easily accessible and medical assistance is quickly reached. On the contrary, in Brescia, the number of Intermediate and Advanced units, that have medical onboard personnel, increased since the territory is more rural, and some places are far from hospitals.

The great effort in collecting and reading the data has led to the definition of new clear protocols also on a fourth and important front: the ambulance position in the territory. In addition to revising the unit type and number, a system was needed to allocate them harmoniously, to reach every place within the terms defined by law: maximum twenty minutes for high severity codes. Each province, city, and zone was therefore mapped based on traffic, call frequency, and general intervention times. 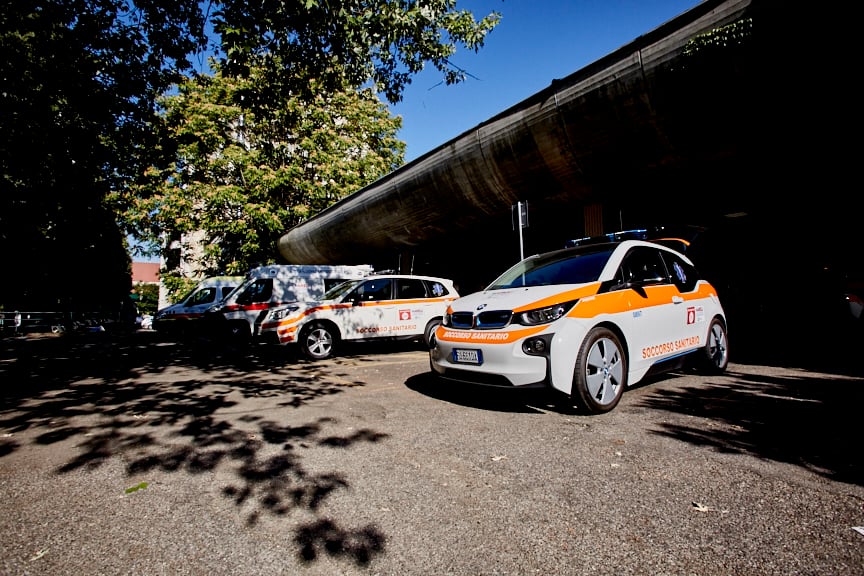 Units were then reorganized according to the standby point system: a set of flexible positions (parks, intersections, squares, etc.) evenly distributed to cover a harmonic radius. This allows optimal coverage of each area, respecting the criteria of cost-effectiveness and fairness. The aggregate data was used to define flexible parking points considering all the variables listed above (time of day, geographical area, season, and day of the week, number of residents), to provide the best combination of resources. The system is flexible, so when a vehicle is sent on a mission, if necessary, the surrounding units can be rearranged to cover the territory.

The new system has seen a drastic improvement in service time and quality. Milan, for example, was been reorganized into 42 standby points that cover 90% of the population in less than 8 minutes.

The numbers speak for themselves, if at first most ambulances took almost 20 minutes to reach the patient in critical condition, now the situation is among the best in Italy. The data shows a clear improvement in the timing of the first rescue vehicle arrived at the site of the emergency:

It is important to note that the time includes call handling (average time two minutes). The creation of standby parking spots was therefore essential to guarantee quick and punctual service. These stations have significantly improved the service and allowed AREU to improve the response flow on all regional territories. The system is now considered excellent in Italy and Europe, so much so that it was brought as a case study to the EENA2019 conference and exhibition.

Next Generation: The European evolution

Next Generation Technology refers to the updated infrastructure of emergency response services. Its...

An efficient vehicle positioning is extremely important for emergency response. AREU, the Regional...